How the Blockchain is Changing How We View Art Cryptocollectibles are rapidly becoming one of the earliest mainstream use cases of the blockchain. Cryptopunks and CryptoKitties were among the first unique collectibles with proof of ownership stored on the Ethereum blockchain.

In this article, let’s examine how the blockchain is changing how we view art.

The human instinct to collect runs deep in our evolutionary history. In Shelling Out: The Origins of Money, Nick Szabo outlines how collectibles were the early precursors of money. Practically all human cultures, even those that do not engage in substantial trade or that use more modern forms of money, make and enjoy jewelry, and value certain objects more for their artistic or heirloom qualities than for their utility. 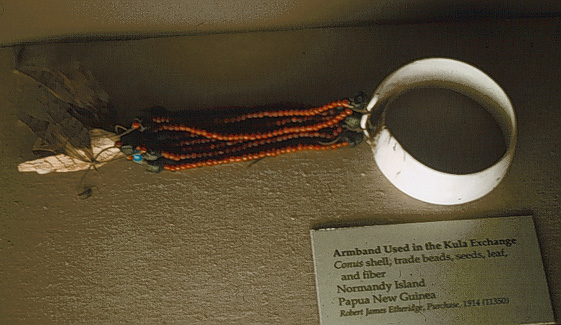 Historically, people collected shells, furs, teeth, cattle, gold, silver, weapons, and a variety of other objects as mediums of exchange. Their physical characteristics make them more suitable to serve as money than any other commodities.

What kind of objects are most suitable as collectible mediums of exchange? Szabo concludes that a trade medium had to have the following properties:

Jewelry, made at first out of the most beautiful and less common shells but eventually in many cultures out of precious metals, comes closer to satisfying all three properties. It is no coincidence that precious metal jewelry usually came in thin forms such as chains and rings, allowing for inexpensive assaying at randomly chosen locations. Coins were a further improvement – substituting small standard weights and trademarks for assays greatly reduced the costs of small transactions using precious metals. Money proper was just a further step in the evolution of collectibles.

– Nick Szabo, “Shelling Out: The Origins of Money”

Property (2) is especially relevant to how we think of art today. Artworks are more prized the rarer they are. From a collector’s perspective, scarcity determines value.

Interestingly, cryptocollectibles satisfies all three properties: (1) through its digital nature, (2) through cryptography, and (3) through a tamper-proof public ledger of historical bids, transactions, and ownership.

Scarcity and Value in Art

Scarcity not only justifies the price of a collectible, it also suggests an exclusive club of ownership. Rarity in the traditional art world can be determined by several factors:

For people who hold a piece of art as investments, it makes sense to look for items that will go up in value over time. This means obtaining items that are rare and will continue to be rare in the long term.

However, for the longest time ‘scarcity’ in the digital realm just didn’t make any sense. 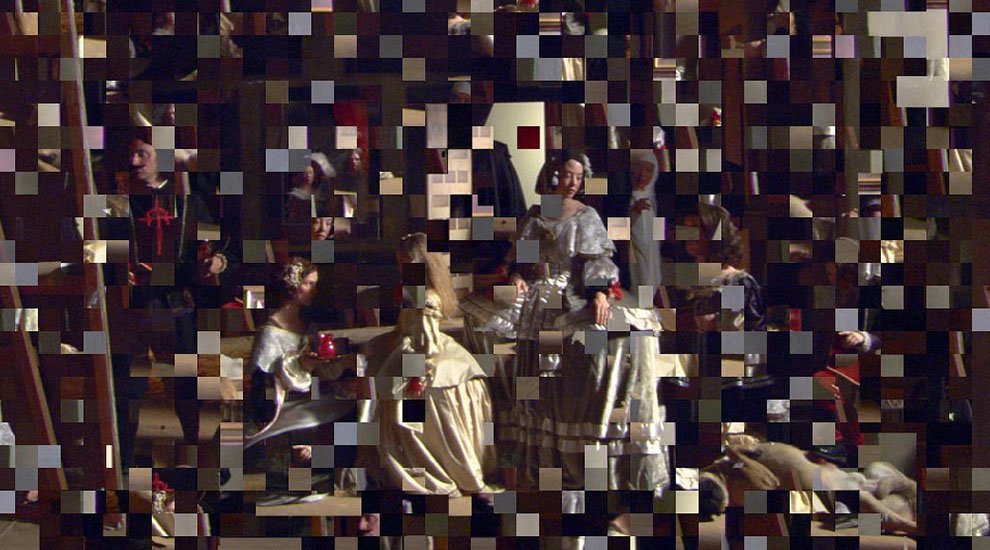 What does it mean when a digital work of art is ‘scarce’? Given the ease at which a picture can be copied, does it make sense to say that a digital art is rare? In the digital art space, the proliferation of unauthorized digital copies makes it close to impossible to prove the ownership and authorship of an artwork. However, the blockchain seeks to change that.

The blockchain offers us a new model for digital art ownership. With the blockchain, digital artwork can be registered as a ‘token’ on a secure, immutable public ledger. By turning an artwork into a token, artists can preserve scarcity and the chain of provenance for each work. As the data remains inscribed on the blockchain regardless of copying or piracy, these tokens become tamper-proof certificates of ownership. In addition, decentralized exchanges on the blockchain improves liquidity by enabling the transfer and trade of these digital certificates.

Cryptocollectibles are a new class of provably scarce digital assets sometimes referred to as Non-Fungible Tokens (NFTs.) NFTs are unique cryptographic tokens which are not interchangeable. This is in contrast to currencies such as Bitcoin and ERC20 tokens which are identical and fungible in nature. They offer collectors a way to attain true ownership of a digital asset and is paving the way for a new era of digital ownership.

NFTs are provably scarce based on data inscribed onto it on the public ledger. This information can include its serial number from a limited edition, unique attributes, provenance metadata, and so on. Even as the collectible gets passed through multiple hands, its data remains immutable and intact. Each transaction is publicly viewable on the blockchain, creating an audit trail of the asset’s history. CryptoKitties were among the first cryptocollectibles. CryptoKitties is a blockchain based video game that allows players to purchase, collect, breed and sell various types of virtual cats. A CryptoKitties’ ownership is tracked via a smart contract on the Ethereum blockchain. The game’s popularity in December 2017 congested the Ethereum network, causing it to reach an all-time high in transactions and slow down significantly.

The ERC721 technical standard that emerged from the CryptoKitties team became the ERC20 of collectibles. The ERC-721 standard for creation of NFTs serves as a set of rules that make an asset (either digital or tangible) become tokenized as a non-fungible token. Each token carries unique data and an identifier to track of its provenance and ownership.

Today, there are many more types of digital collectibles building on ERC721 and other standards like it, ranging from virtual pets to in-game items.

Trading is an important aspect of owning cryptocollectibles. You can discover, buy, and sell ERC721 NFTs on an increasing number of digital asset marketplaces. Here are some of my favourites:

You can see more NFTs available for sale on OpenSea here.

Digital art is not the only medium decentralization is beginning to change. Some players are looking at ways blockchain can enhance the trade in physical art and collectibles.

To determine the authenticity of an artworks you need to find an accurate chain of ownership since for it. As a public ledger, the Ethereum blockchain allows you to have unforgeable attestations that proves authenticity, proof of ownership, and a public history of past transactions. This auditable log provides transparency and trust around NFTs.

Artory provides a decentralized registry that offers artwork provenance information to inspire buyers with confidence. Similarly, Codex Protocol and Verisart issues certificates of authenticity for art and collectibles, recorded on the blockchain. 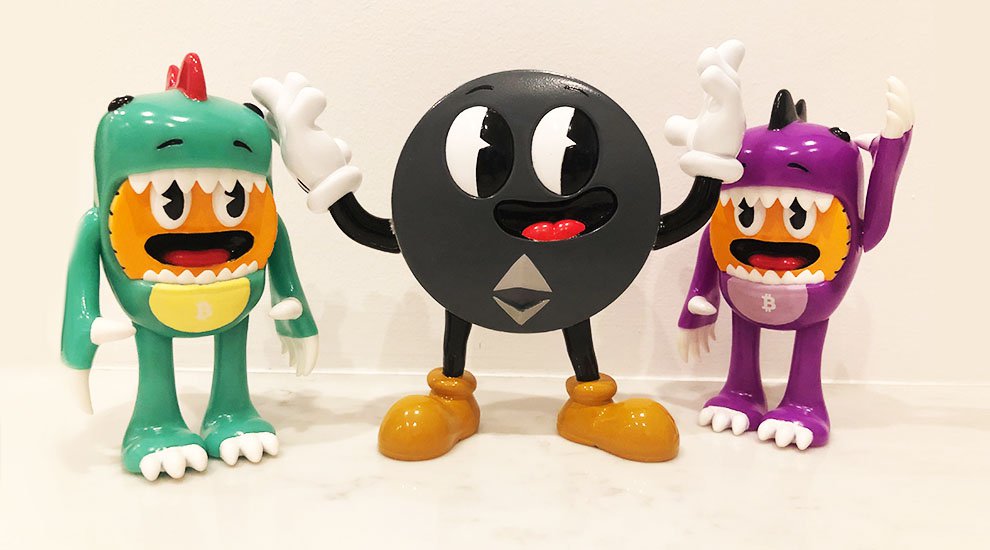 Some projects crosses between the physical and digital worlds. For example, the provenance and authenticity of each CryptoKaiju can be proven. Each kaiju toy contains a tamper resistant, NFC enabled certificate of authenticity that is linked to their ERC721-compliant smart contract.

Cryptocollectibles can be a new way to trustlessly fund creators.

In the past, there was minimal monetization opportunities for artists and creators. Then came new crowdfunding models via Kickstarter and Patreon. But then came deplatforming. In a period rife with economic censorship where payment platforms and banks can ban you, tamper-proof funding mechanisms are becoming more of a necessity.

NFTs allow artists to mint unique, limited-edition digital artwork and sell it directly to fans. Smart contracts enables trustless monetization schemes, without having to go through a centralized intermediary that can censor you outright.

SuperRare and BlockPunk allows creators to create and sell limited edition digital artwork as cryptocollectibles. SuperRare artists receive 100% of the proceeds from their first sale and takes no cut. Blockpunk creators receive 70% while the remaining 30% goes to BlockPunk.

Once an artist achieves a degree of stature, a secondary market in his or her work is inevitable. The most famous works may regularly enter public auction over the period of its existence. However for traditional art, 100% of the proceeds from a sale goes to the seller - not the creator. Creators are unable to participate in the value capture of their own artworks in secondary markets. 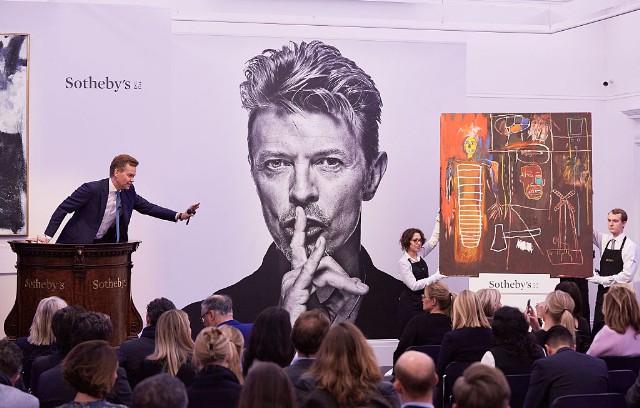 Instead of just paying a creator when the artwork is minted for the first time, the blockchain allows us to pay creators a commission on secondary trades. For example, if a SuperRare cryptocollectible was sold at public auction, 90% of the sale price goes to the current owner and the remaining 10% can go to the creator. Should there be a strong secondary market for an artwork, this royalty system creates a recurring income stream for the artist.

The open source This Artwork Is Always On Sale (TAIAOS) uses a Harberger Tax mechanism to pay the artist, where a continuous tax is levied as patronage towards the artist based on the owner’s set price. Buyers of a Harberger Taxed asset must always specify the new asking price at which they are willing to resell it, ensuring liquidity and reflecting how much something is valued at in a transparent and democratic way.

Given the ease at which a digital picture can be copied, most people would still not understand the point of acquiring NFTs. Scarcity in a digital realm would still not make sense in people’s heads. In order to gain acceptance by a mainstream audience, I believe that NFTs should behave like API keys that grants its owners a right-of-use to a good or service.

Once people overcome the initial mental hurdle, there should be more appreciation towards the social and signaling functions of scarce digital collectibles. Besides, most physical luxury goods today such as Rolex watches have very little utility beyond social signaling compared to its price.

A promising project in this space is the Unlock protocol. The team is working on a way to allow consumers to gain exclusive access to works such as publishing and software licenses, using keys on the Ethereum blockchain.

With famous art pieces priced at six-figures and above, there is a lack of liquidity and investment options for the large majority of art buyers today. Most people simply cannot afford million-dollar purchases.

As in real estate tokenization, fractional ownership can open the art market to participation from a greater pool of investors. While physical paintings cannot be broken down and handed to multiple owners, we can overcome this limit by tokenizing and representing ownership digitally. The asset can then be broken down into several portions and purchased by multiple owners. Smaller units of purchase can potentially lead to greater liquidity in secondary markets.

Art startup Maecenas wants to make it possible to buy shares in an artwork. A single ERC 721 token and a fixed number of ERC20 tokens will represent ownership of the physical asset.

With many projects in active development, NFTs offer a new form of digital ownership and patronage. It’s an exciting time for creators.

An earlier version of this article was originally published on yos.io.